“Punk rock is wanting to indulge in one’s own kicks unmolested in a society that doesn’t allow it, and in the meantime having to live with the fact that man can destroy himself and is on the verge of it daily. It’s a way of letting everybody know, hey, this is fucked up and that we want to change it and that the plastic bullshit that’s happening everyday just isn’t it.” – Ron Posner, Stains guitarist (From a 1981 interview with WILD DOG zine)

Original Stains songs “John Wayne was a Nazi,” “Born to Die,” and “Dick for Brains” were later included on the Millions of Dead Cops LP (1982). The band went on to record music with Jello Biafra through his Alternative Tentacles label.

WILD DOG zine sat down with The Stains in 1981 to discuss revolutionary ideals, what constitutes a good band (influences include the Sex Pistols and Black Flag among others), and the band’s personal definition of punk rock.

NOTE: The Stains had released their own zine, The Austin American Stainsman, at the time of publication. 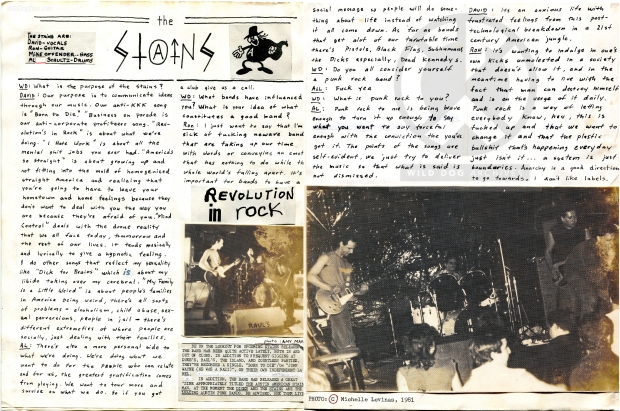 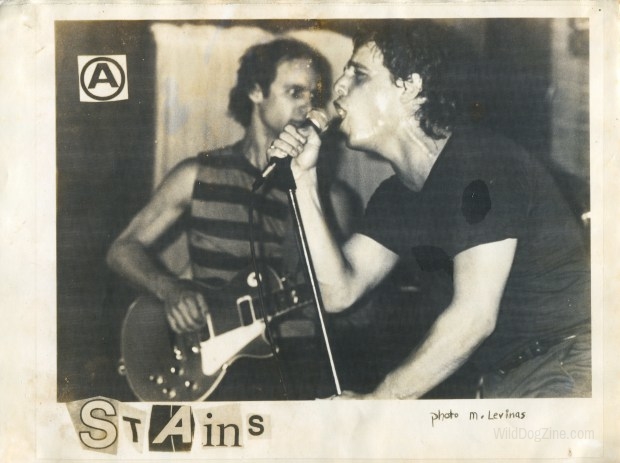